Legal Framework for RCV in NJ

There is growing concern about the many ways that the electoral system in the United States permits a minority of the population to impose its will on the majority: most prominent among such ills are the Electoral College, the Senate, and single-district representation won by the person who receives the greatest number of votes (in contrast to proportional representation). Under single-district plurality voting, dissatisfaction with the candidates put forward by both major political parties does not lead voters to cast their ballot for third-party or independent candidates, because winning even 10% of the vote does not result in securing any legislative or executive seat. Ranked-Choice Voting (RCV) is a reform tailored to directly address this problem.

What needs to change legally in order for us to hold RCV elections here in New Jersey?

Note: if you want to support turning this legal framework into legal action, consinder signing our petitions to support RCV: SIGN HERE

A brief overview of the constitutional and statutory framework governing elections is in order to understand what laws need to be changed and how best to target our efforts. A simplified summary follows: 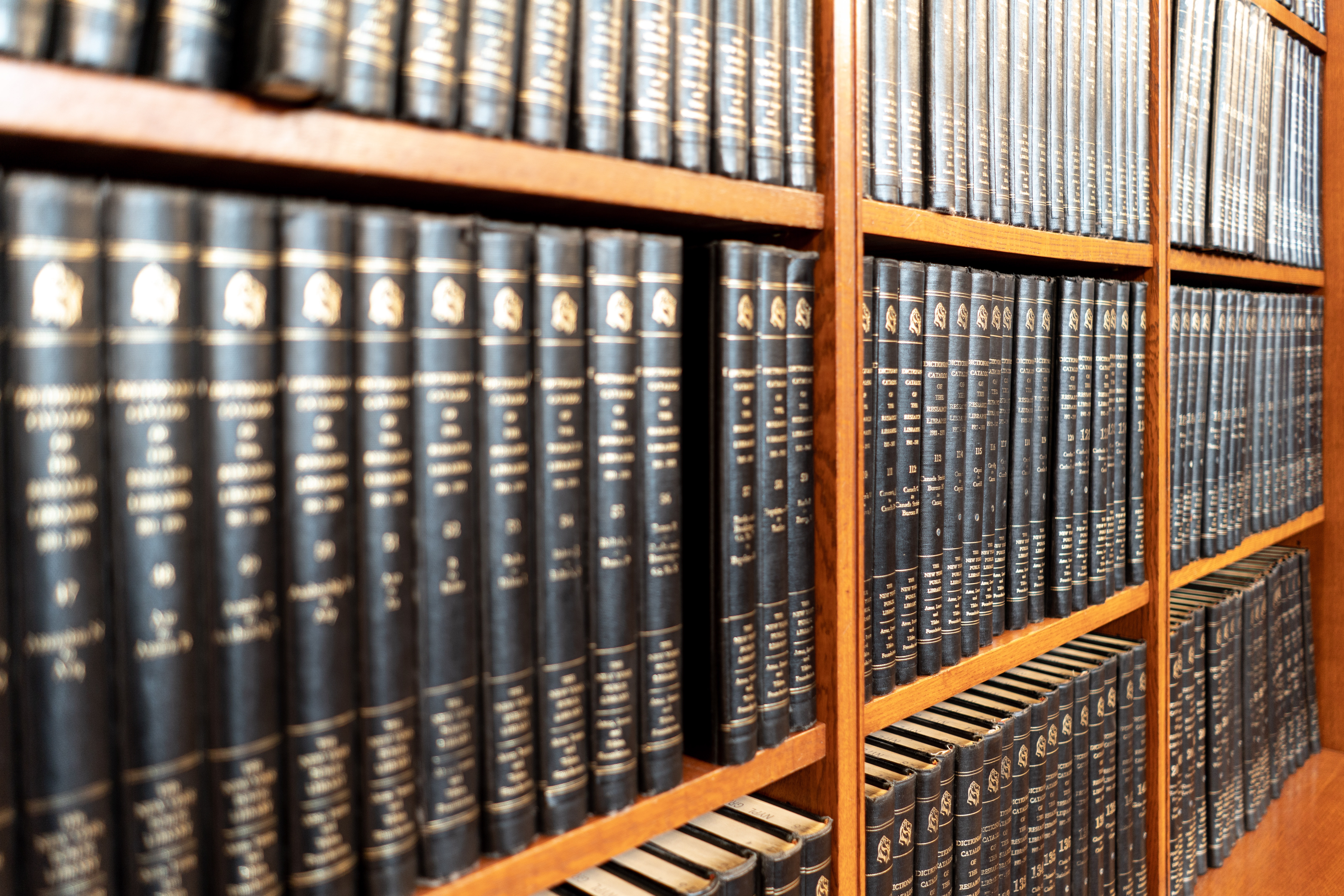 U.S election laws date back to Article 1 of the federal Constitution. Art. 1, Sec. 2 created congressional districts represented by one person,1and Art. 1, Sec. 4 gave states the primary responsibility to supervise and oversee all federal elections, although Congress retained the authority to enact “time, place, manner” regulations of its own.2 There is no mention of political parties in the Constitution, and subsequent constitutional amendments were enacted to expand the franchise and ensure equal protection. The first of these were the Fourteenth Amendment (providing equal protection and due process of law) and Fifteenth Amendment (giving African American men the right to vote in 1870). Subsequent amendments include the Nineteenth Amendment (ratified in 1920, giving American women the right to vote), the Twenty-Fourth Amendment (ratified in 1964, eliminating poll taxes), and the Twenty-Sixth Amendment (ratified in 1971, lowering the voting age for all elections to 18).

Since these amendments were adopted, several federal laws have been enacted specifically to protect voting rights in all states and to set some minimum standards, such as requiring provisional ballots, ensuring accessible equipment for disabled voters, and establishing the electronic statewide voter-registration database. These laws include The Civil Rights Act of 1870, amended by the Civil Rights Acts of 1957, 1960, and 1964 (protecting against discrimination in voting); the Voting Rights Act of 1965 (prohibiting voter discrimination based on race, color, or membership in a language minority group and requiring certain counties to provide election materials in languages of the minority group as well as in English); the Voting Accessibility for the Elderly and Handicapped Act of 1984 (requiring polling places to be accessible to people with disabilities); the Uniformed and Overseas Citizens Absentee Voting Act of 1986 (permitting members of the armed forces and overseas U.S. voters to register and vote by mail); the National Voter Registration Act of 1983 (known as the “Motor Voter Law” permitting voters to register to vote at motor-vehicle agencies and other social-service agencies, and requiring states to maintain more accurate registration lists); the Help America Vote Act (HAVA) of 2002 (authorizing federal funds to improve elections, and creating the U.S. Election Assistance Commission to provide guidance to the states to comply with HAVA requirements to adopt minimum standards on voter education, registration, ballots, and voting systems); and the Military and Overseas Voter Empowerment Act of 2009 (improving access to voting by military and overseas voters).

None of these federal laws require plurality voting nor do they prohibit ranked-choice voting. So, what does our state constitution and state laws say concerning voting methods.3

Article II of the New Jersey Constitution is entitled “Elections and Suffrage.” Section 1, Paragraph 1 sets forth the time for General Elections and the requirement that the Governor, Lt. Governor, and members of the Legislature be chosen at that time.4 Every citizen of the U.S., age 18 years and older, who has resided for at least 30 days in the State and County in which they claim to vote is entitled to do so (Art. 1, §1, ¶3), except those who have been adjudicated to lack capacity to understand the act of voting (Art. 1, §1, ¶6). The constitution also permits the Legislature to pass laws to deprive those convicted of certain crimes the right of suffrage (Art. 1, §1, ¶7). In New Jersey, convicted individuals who are no longer in prison, on parole, or on probation are able to register to vote.

Article V of the New Jersey Constitution concerns the Executive Branch of government. Section 1, Paragraph 4 specifically requires that the Governor and Lt. Governor are elected jointly, and that “the joint candidates receiving the greatest number of votes shall be elected.”5 In this way, any effort to elect the Governor and Lt. Governor by a majority of the voters employing ranked-choice voting, instead of by a plurality of the voters, would require a constitutional amendment. The voting method that may be used in all other elections, including federal elections, is not mentioned in the state constitution and is therefore controlled by New Jersey statutory law.

A review of New Jersey statutes indicates that there are two relevant statutory provisions. 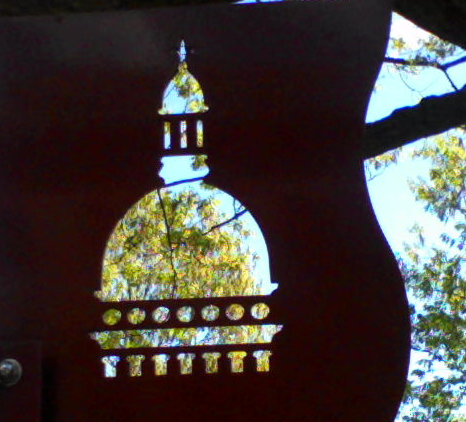 The first controls all elections held in New Jersey except those municipal elections governed by the Uniform Nonpartisan Elections Law.

Again, similar to any effort to elect the Governor and Lt. Governor by a majority of voters using ranked-choice voting, an amendment to this law, covering all other elections, would be required. Alternatively, one could enact a new provision that would effectively repeal the requirement that the person “for whom the greatest number of votes shall be given” prevails. Notwithstanding this similarity, no constitutional amendment would be required.

The same language exists in the Uniform Nonpartisan Elections Law, N.J.S.A. 40:45-17 entitled “Number of votes for election; commencement of term of office”).6 However, the Uniform Nonpartisan Elections Law, N.J.S.A. 40:45-18 also permits municipalities governed by this law to opt to elect their governing body by majority vote, thus requiring run-offs in the event that no one candidate receives 50% or more of the votes cast in the election. In such municipalities, the use of ranked-choice voting would obviate the need for a separate, subsequent run-off election.

For all the foregoing, reasons, Voter Choice NJ has designed its efforts to cause the adoption of two separate laws; one directed at enabling all local governments to adopt RCV in their county, municipal, and/or school-board elections; and another to require RCV to be employed for all offices elected in the general election, except for the office of Governor and Lt. Governor (the required constitutional amendment for those offices can be addressed after RCV is more familiar to New Jersey voters).

Please support our efforts by signing our upcoming petitions—watch this space for links!

1 Article I, Section 2 states, in relevant part, “ . . . The Number of Representatives shall not exceed one for every thirty Thousand, but each State shall have at Least one Representative.”

2 Article 1, Section. 4 states, in relevant part, “The Times, Places and Manner of holding Elections for Senators and Representatives, shall be prescribed in each State by the Legislature thereof; but the Congress may at any time by Law make or alter such Regulations, except as to the Places of chusing Senators.”

3 We are defining “voting methods” very narrowly and are not including the many state policies and laws that dictate the conditions under which U.S. citizens who reside in New Jersey cast their ballots; we are just addressing the laws that control how candidates are chosen and how voters express their choice of candidate. As noted above, the federal constitution delegated the primary responsibility for federal elections to the states. As a result, voting policies in the U.S. are enacted and enforced primarily by the states; and the range of such policies includes voter identification requirements, early-voting provisions, no-excuse absentee voting (otherwise known as mail-in ballots), online voter registration systems and voter list maintenance policies, provisional ballot rules, and post-election auditing practices. None of these do we address herein.

At the regular municipal election in any municipality which has adopted this act, the candidates receiving the greatest number of votes cast shall be elected to the respective offices.

Sign in with or
Don't have an account? Click here to create one.
Please check your e-mail for a link to activate your account.
VCNJ Legal Framework—What do we need to do legally to bring ranked-choice voting to New Jersey?
Legal Framework for RCV in NJ
More Voice, More Choice