HOBOKEN, NJ – On the evening of Wednesday, December 15th 2021, the Hoboken City Council voted unanimously in favor of a ranked-choice voting (RCV) ordinance, the first of its kind in New Jersey.

Introduced by Councilwoman Emily Jabbour and Councilman Phil Cohen, this ordinance will put a question to Hoboken voters to decide whether they wish to adopt RCV for local elections. The ballot question will be triggered if and when the state government passes legislation that enables municipalities to adopt RCV, an option not available under current state election law.

Ranked-choice voting is a voting process which allows voters to rank multiple candidates on their ballot in order of preference, and requires that a winning candidate receive support from a majority of voters. RCV is used across the globe, has been adopted statewide in Maine and Alaska, and is used in New York City and cities across the country. Supporters tout RCV as a way to ensure voters’ opinions are more accurately reflected by election results, as well as to address issues of political polarization, “strategic voting” and the “spoiler effect” that frustrate voters and candidates alike every election cycle.

“Ranked Choice Voting levels the playing field to give voters more of a voice in the electoral process” said ordinance co-sponsor Councilwoman Emily Jabbour. “I have been working with advocates and other elected officials to continue to educate people about Ranked-Choice Voting since I was elected in 2018 when we passed a resolution encouraging the State to move forward with legislation to make this an option. I am proud that Hoboken is now leading the way for Ranked-Choice Voting in New Jersey and thank you to Voter Choice New Jersey for their ongoing advocacy to help make this possible.”

“It's fantastic to see Hoboken be the first municipality to recognize and support Ranked Choice Voting by passing this trigger ordinance. It's an exciting step for Hoboken and New Jersey in creating a better democratic process” said Hoboken activist Christine Adair, who has led Voter Choice NJ’s efforts on the ground in the city.

“The movement for ranked-choice voting has been building quickly across the state, and this unanimous decision by the Hoboken council is a testament to the public appetite for RCV” said Voter Choice NJ Executive Renée Steinhagen. “We thank Hoboken for its leadership and look forward to working with other municipalities and the legislature to give more power to the voters through RCV.”

Click below to watch a video of the vote from the council meeting on Wednesday, December 15th. 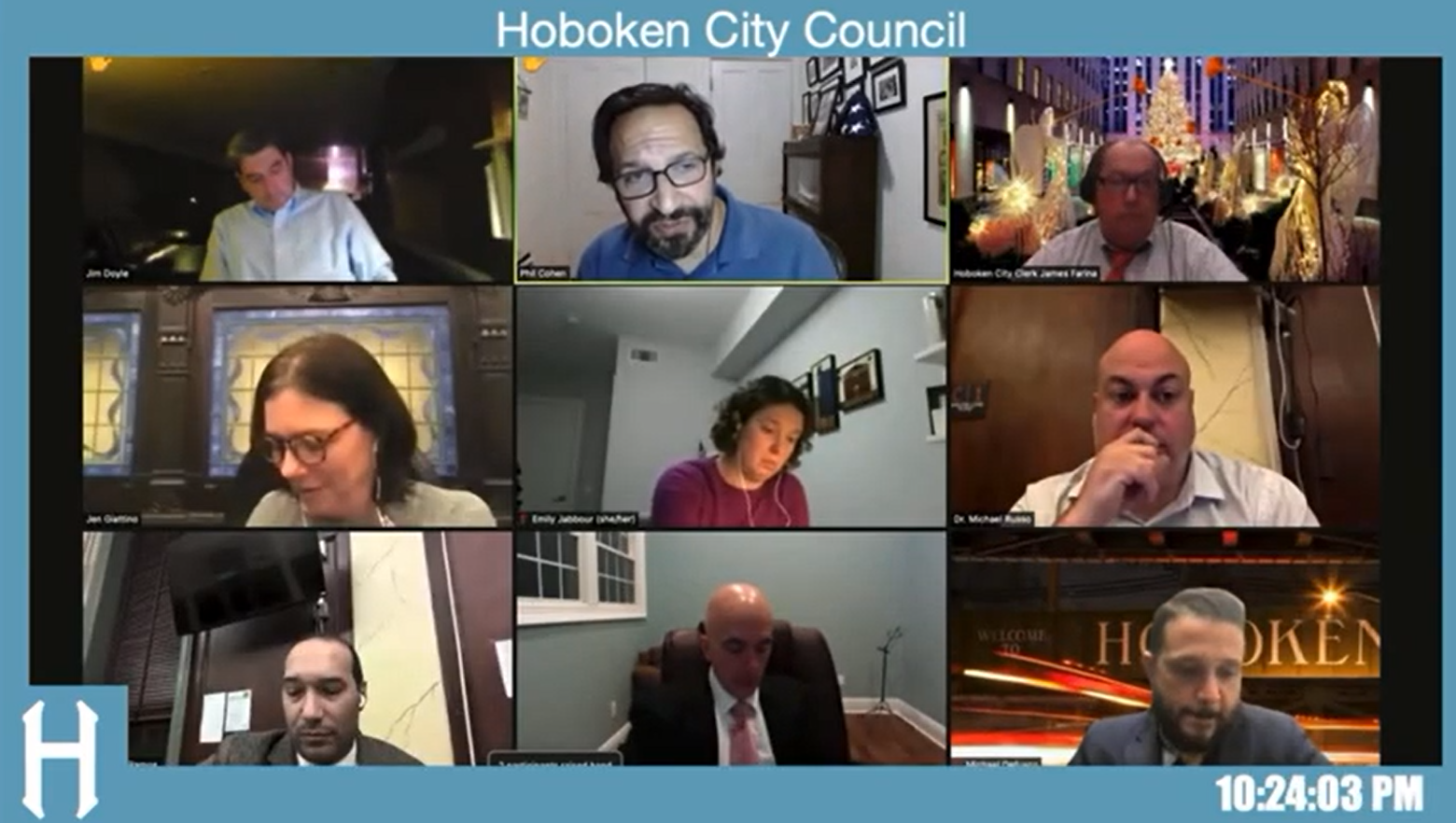 Voter Choice New Jersey is a nonpartisan, nonprofit organization that focuses solely on Ranked-Choice Voting. Our team of volunteers educates and advocates for this electoral improvement which ensures majority support, reduces toxic partisanship in our democracy, and enables voters to express their political interests more deeply. We work closely with citizens and elected officials to advance RCV, and welcome anyone interested in advocating for RCV locally or statewide to contact us via our website (https://www.voterchoicenj.org) or at (917) 771-8060.